A misconception is that weight training and weightlifting (yes, these are two separate entities, more on that later) are dangerous activities and are to blame for several injuries that occur in the gym.

Unfortunately, abstaining from resistance training ultimately does the body more harm than good, and is not the culprit. There isn’t any question that poor exercise technique can result in injury; however, the chances of that occurring are unlikely, particularly with proper instruction.

Don’t miss out on the extraordinary performance benefits that lifting provides because of the fear of a rare injury. Every day that you drive your car, you run the risk of getting into an accident, but that doesn’t stop you from driving. It also applies to weight training and weightlifting.

To be clear, weight-training is any resistance training that takes place with machines, implements, or weights, while weightlifting is the Olympic sport that includes the snatch and clean and jerk explicitly.

Both modalities include a wide array of exercises, but together they cover resistance training.

Regarding the safety of these two activities, they are some of the safest sports in which one can participate. Weightlifting, as previously mentioned, is a sport in itself, but weight training includes powerlifting, bodybuilding, or any other type of exercise to improve physical fitness.

A 1994 research study in the Journal of Strength and Conditioning Research1 examined the relative safety of both weight training and weightlifting in comparison to many sporting activities, including:

The results showed that per 100 participation training hours, weight training had the second-lowest injury rate and weightlifting had the lowest, an amazingly low 0.0035 and 0.0017 rate, respectively.1

The aforementioned safer option most parents elect to place their children in, soccer, topped the list at 6.2 injuries per 100 training hours.

Unfortunately, individuals are so quick to write off any type of resistance training due to unjustified fear.

While I still believe children should participate in a wide variety of sports, this evidence demonstrates that children and adults, for that matter, should by no means avoid any resistance training unless clearly stated by their physician.

Do You Have Self-Imposed Limitations?

One of the most significant issues I am confronted with when training a new athlete or client is the limitations they bring to the table before our first meeting.

My absolute favorite quote to that point is by Brett Contreras, who once said,

“If you think lifting weights is dangerous, try being weak. Being weak is dangerous.” -Brett Contreras

While I digress, he does make a fantastic point. Previous injury, health issues, and paranoia are no excuse to avoid resistance training altogether.

Now I must preface this by saying that your doctors and medical health care providers always know the best way more than somebody like myself, so please listen to them first.

The point I make is that if you have a fused spine and they tell you to never back squat again, that doesn’t mean to never squat again in any capacity. (Unless explicitly stated by your doctor. Also, listen to them, not me). It merely means do so in a more intelligent way.

Giant newsflash, you will have to squat to get up and down from a chair or toilet at some point in your life again, might as well learn how to do it right. Falling prey to the assumption that herniated discs and torn ligaments are imminent when undertaking lifting modalities is close-minded.

Everybody should be able to:

They should be able to do each of these functions with some type of resistance at any age, especially if high-level athletic performance is the goal.

Take the barbell squat as our example; it is undoubtedly the king of all exercises, but it is not always appropriate for everyone. It’s important to remember that we are loading this movement pattern to facilitate a particular adaptation in an athlete to prepare for their sport.

If one variation does not match up with what they are physically capable of, find another way.

Goblet Squat: Once an athlete can demonstrate the sound technique in the squat pattern with their body weight, they can quickly move on to the kettlebell or dumbbell goblet squat.

Those who need to refrain from axial loading due to a previous injury or being relatively a novice can gain a lot from this movement as the anterior load forces one to maintain an upright posture.

Front Squat: If an athlete demonstrates the sound technique in the front squat and requires more significant loading than what the goblet squat provides, another great variation of the squat is the barbell front squat. Similar to the goblet squat, it forces an athlete to use proper core stability to ensure they are maintaining posture.

Zercher Squat: This squat variation is a significantly underused one. It serves as s great substitute or a workaround to the front/back squat variations when one may have a wrist injury or something similar.

Athletes who cannot physically grip a bar will often fall behind in their training because they can’t do any of the big three conventional movements:

Supplementing this issue with the Zercher squat can make a huge difference.

I’ve worked with clients well into their 70s, 80s, and even 90s that can move more weight than they did when they were young because they put in the effort to improve themselves.

Athletes who come to me as freshmen in high school and can’t squat correctly with more than their body-weight often cap their senior year by squatting double their body weight.

With the right programming and a little discipline, significant gains can occur.

The earlier one incorporates training into their life, the better off they’ll be, mainly when they are young and can pick skills up quickly.

Most people wish they would have learned a foreign language as a child when it quickly becomes second nature, but unfortunately, every year that goes by, it becomes increasingly difficult.

The same applies to movement and training; learning to lift young and lift often ingrains healthy habits into your life that reach well beyond athletic performance.

If an athlete hears that they could take a pill guaranteed to increase their athletic performance while reducing their relative risk for an injury, I can’t imagine one that would not take it.

When it comes to resistance training, that is what they are getting, yet some still refuse to engage.

I believe that this comes from a severe lack of misinformation and a lack of guidance.

If you are a coach reading this, help your athletes understand the massive benefits that a good training program can have, and if you are an athlete reading this, make sure you train, you’ll thank your coaches later.

How Does Resistance Training Rank in Terms of Safety? originally appeared on BreakingMuscle.com 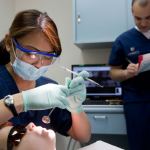 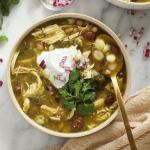