By 2009, Army Green Beret and elite-level MMA fighter Tim Kennedy had left Afghanistan and transitioned out of the military to begin the next phase of his career: building businesses, developing himself as a media personality, and chasing a world championship in mixed martial arts.

That was when he received some bad news.

While Kennedy had gone home, his friend and former sniper partner had been deployed to Iraq. The soldier and his new teammate had staked out a spot on a roof to hopefully eliminate a suspected bomber. While both special-ops members were glassing the terrain, an assassin crept through a nearby cupola and tried to slit their throats. Both heroes survived, albeit with serious injuries.

Most of us would hear that story with a sense of relief that we were spared that experience, along with some gratitude and maybe a dash of survivor’s guilt. Kennedy felt one emotion: regret.

“I regretted I wasn’t there,” he says. “I would have given anything to be there.”

How do you become the guy who wants to be on that roof? When there are three seconds left on the clock, and your team is down by one point, what gives someone the confidence to ask for the ball, to be the one to risk the ultimate fail against the greatest glory?

“It is knowing that you put in the work,” Kennedy says.

WORK HARD, AND THEN WORK HARDER

Life is very good for Kennedy these days. He is co-owner and operator of several com­panies, including a supplement line, a clothing manufacturer, a security consultancy, and even a shoe company. He travels the country hosting various television series and appearing at gun shows. He accepts high-profile grappling matches against dangerous opponents. And he still works for the U.S. military, stopping bad guys around the globe. When describing himself, even he admits it sounds a bit ridiculous.

“I’m a trained killer,” he says. “I used to do violence for a living. I also host TV shows. And I own companies.”

He continues: “And sometimes I go kill human traffickers and drug cartel members.”

Kennedy is in an enviable position. At age 40, he is reaping the fruits of his labor, making more money every year while his phone rings with new offers. Most important, with each phone call, he now has the professional and financial security to ask himself, “Do I want to do this?” Kennedy is in a spot we all want to be in, and to hear him tell it, these rewards all came on the far side of hard work.

“They didn’t hand me that green beret because I was smart. They gave it to me because I worked hard. I didn’t get a college diploma because I was the smartest kid in the room. I got tutoring in calculus, and I had three people read my final paper in English 2. I wasn’t ranked in the top 10 in the world in MMA for over a decade because I am genetically gifted or a steroid user. I am neither of those things,” he says. “I just worked harder than everyone else.”

Kennedy lives his life on the razor’s edge of human effort, where every experience seems sweeter after paying the toll of extreme exertion. Sleep is better after working for two days straight. Carnitas taste better after three workouts and coming out of a calorie deficit. Whatever your life is like, hard work is not just a prerequisite for success, he says, but an essential part of human existence.

“I think we are supposed to go to bed tired. Steve Jobs did not swing a sledgehammer, or go shoot someone in the face, but there is no question that Steve Jobs went to bed tired,” he says.

Dramatic moments have a way of finding Kennedy. He twice fought for a world championship. He’s been awarded the Bronze Star (with valor). In 2013, he headlined a UFC card held at Fort Campbell, KY. In front of a raucous all-Army crowd, he knocked out his Brazilian opponent in the first round. Still, his life has not been built by instances of drama but quiet moments of discipline.

“Millions of little decisions contribute to a disciplined lifestyle, and this disciplined lifestyle is the sweetest experience you can ever have,” he says. “In me is a quitter. Today I was doing 30-seconds-on, 30-off sprints on the Airdyne. The quitter surfaced and said, ‘No one is here. You can be done.’ I was like, ‘I know you. You can kiss my ass.’”

It’s not just weight room discipline that’s contributed to his success. He drove his last car until it fell apart at 400,000 miles. He bought a truck with cash and plans to drive that into the ground, too. When he was fighting in the UFC and cashing checks for hundreds of thousands of dollars, he lived off his Army E-6 salary, about 40 grand a year.

“I took all that money and invested it into companies. Now things are pretty cool,” he says. “And guess what? I’m still disciplined about my money.”

Kennedy is currently excited about a new military team forming in Texas. He won’t give details, but he describes it as “the most incredible opportunity to fight evil.” The organization is searching for a way to determine who will lead the elite cadre, and Kennedy gave it his thoughts.

“I told them to figure out a way to measure who can do the most work, put it in an assessment format, and test us. I don’t care if it is shooting, fighting, PT, writing reports, or mission planning. Take the most important elements of the job and see who can do the best and the hardest work. That is your guy. If I am not the one who can do the most, I surely do not want the job,” he says.

But does he like his chances in such a test?

“I will destroy anybody.” 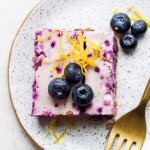 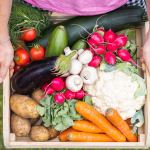