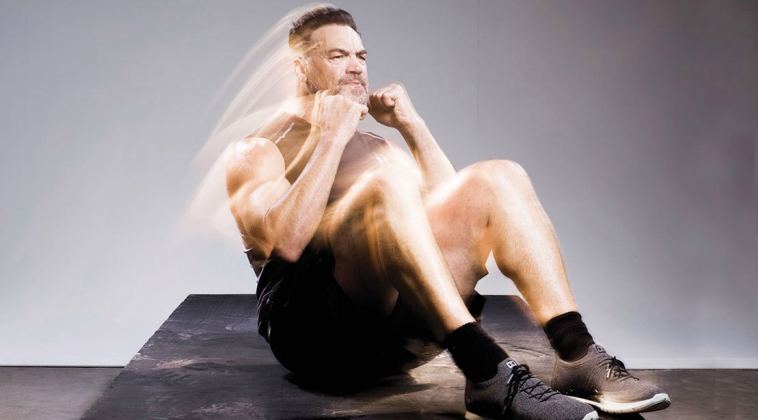 Aleks Paunovic has found worldwide fame during the last 20 years as a busy actor with an enviable résumé, and although the action star trains hard for all those highly physical stunts, he owes much of his fitness discipline to family lineage.

Muscle and Fitness sat down with the 6’5”, 260-pound, Winnipeg-born screen stealer ahead of the hotly anticipated final season of “Van Helsing” (on SyFy on April 16), and found out how the action legend stays fighting fit at 51.

The gentle giant first fell in love with the gym environment when he began following in his father’s footsteps to become a boxer. “I love training in the gym,” Paunovic says. “I love the sound of the bags being hit and the smell of a boxing gym. It gets me going.”

Paunovic was a champion boxer with dreams of competing in the 1999 Pan American Games before a shoulder injury forced him to retire professionally. “My dad gave me some great advice,” he says. “Dad said it’s not all about the power of the punch. It’s also about throwing the punch correctly. So, perfect it, and then you incorporate the speed. It’s all about form flowing into speed. When you try and crack a whip, there has to be a marriage of form and speed. That’s where the power is.”

Having transitioned to another highly competitive field with acting, Paunovic gives the same commitment and passion on screen that he brought to the boxing ring. Case in point: The Canadian still insists that he does all his own stunts wherever possible. “In Season 2 of ‘Snowpiercer,’ I had to hang from a ladder with a 50-pound suit on, and swing with one hand to try and grab an object,” he says. “Holding my own weight, and the suit, and swinging from a ladder on the side of a train was exhilarating, but If I didn’t do functional training and strength training, I would not have been able to do it.”

Perhaps owed to an old-school upbringing, Paunovic is still a fan of some of the more traditional methods of exercising. “Remember Rocky running up the wintry mountains, carrying logs, knee-high in snow, or when Rocky was running across the beach with Apollo?” he asks. “Exercises like that are not only functional, but they also help get you mentally strong. Running in sand is way harder than running on short grass.”

There’s no doubt that Paunovic likes to train in the great outdoors, but when busy between takes, he’ll make good use of the hotel gym if that’s what it takes to stay consistent with his workouts. In his younger days, Paunovic would happily complete two-hour sessions of HIIT training. “Lifting heavy keeps the bones strong and the HIIT keeps your heart strong,” Paunovic says. And, while he may no longer be in his 20s, the star still loves to train with high intensity, so he adapted the length of his sessions. Generally, Paunovic’s HIIT sessions now last anywhere

from 45 to 60 minutes, but he still makes sure to work out at least six times per week. In terms of cardio in the gym, Paunovic prefers uphill walks or runs, so he sets the treadmill to a high elevation.

The successful actor looks fantastic at 51, but he is very conscious about listening to his body, particularly when it comes to nutrition and metabolism. “What I really respond well to is keto, for sure,” he says. “I’m Eastern European, we love our carbs! But once I cut out all the bread, and really focused on proteins and fats, my weight and energy levels really started to work in my favor. Back in the day, bread and sugars didn’t bother me. Now, yup, they sure do, so keto has helped me a ton.”

Paunovic also finds that he gets enjoyment from intermittent fasting. Currently, he is settled on a 16:8 ratio. When fasting, Aleks’ first meal of the day will often comprise of a cheese omelet with avocado and bacon. He takes his coffee with almond milk and is a big fan of veggies, but Paunovic tells us that he always finds room for protein from sources such as white fish and steak.

“Since I’m older now, I have to train smarter,” he says. “When I trained for a fight there was fear involved. Your mindset was to train hard, so the opponent doesn’t punch you more then you punch him (laughs). But with acting, it’s more about the aesthetics and cardio. So, basically, I love doing all the boxing training I grew up with, but I also concentrate on nutrition too. It’s all about the things that will allow me to do my job when I’m on set.” 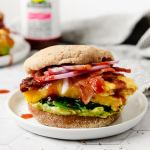