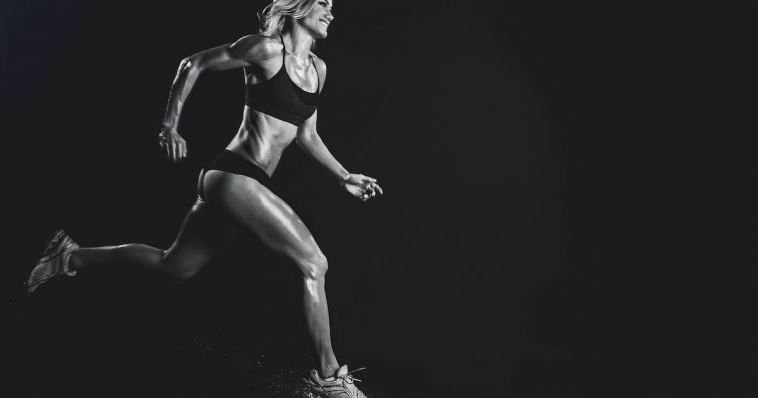 What position should the pelvis be in when you run? It’s a question you probably haven’t given much thought to unless you’re a runner with a performance goal or with an injury.

There are many popular blogs and Youtube videos on this topic that argue the pelvis should be in a neutral position. I even found one popular post that claims the gluteal muscles should be slightly tense during the duration of a person’s run to maintain pelvis position.

Before making blanket statements about what the pelvis should and shouldn’t be doing during running, it may be helpful to understand the basic anatomy of the area.

The Basic Anatomy of the Pelvic Area

Your pelvis is a bowl-shaped structure comprised of two halves. Each half of the pelvis consists of three bones: the ilium, the ischium, and the pubis.

The sacrum attaches to the pelvis at the sacroiliac joint, and the coccyx, or the tail bone, comprises the back pelvis.

Remember how there are two halves to the pelvis? There are also two sacroiliac joints, one on each side, because you have two ilia. The SI joint is stable, and dislocations of the SI joint are extremely rare.2

In the front, the two halves of the pelvis meet at the pubic symphysis, an interesting joint that is separated by a fibrocartilaginous disc between the two bones. It’s designed to allow a small amount of translation and rotation; because the pelvis is shaped like a closed ring, movement at the pubic symphysis means there is movement at the SI joint.

The Position of the Pelvis As You Run

When you run, many things happen to allow you to transmit force throughout the body as you move forward. The rotation occurs in the pelvis, which is counterbalanced by the rotation in the thorax (the part of the torso where the ribs are located).3 This movement helps you maintain your center of mass over your base of support as you move from one leg to another, traveling forward in space.

Think about this for a second. The pelvis rotates as you run, which means it needs to move in a multidimensional way. If it remained still while you ran, that would change how you performed the act of running.

When you change the way the knee joint is integrated into the movement, you change how the load is distributed up the leg. Each situation resulted in different loading patterns and different amounts of movement in the pelvis.

The same thing would happen if you tried to keep the pelvis still while you walked down your hallway. Your gait would change to accommodate the stiffness through the center of your body.

How Much Should the Pelvis Move When You Run?

Think back to the bowl shape of the pelvis. When the pelvis tips forward, this is referred to as anterior pelvic tilt. It turns out; the pelvis makes an interesting oscillating movement while running that creates a spring-like mechanism throughout the leg.4 It also turns out the pelvis naturally moves through both anterior and posterior pelvic tilt during the running gait, coordinating with hip movement.3

“But wait,” you might be thinking, “I learned that if I don’t have a good hip extension, I will have more anterior pelvic tilt.”

Maybe. But maybe not. Static hip extension tests (think lying on your side while someone moves your leg around to see how much it moves) don’t correlate to the ability of the pelvis and hip to coordinate efficiently during running.5

A more significant indicator of how well the pelvis and hip coordinate may be the ability of the ribs and pelvis to work together synergistically. This ability isn’t related to anterior pelvic tilt but is related to both motor control and having a base level of strength.

A Note About Lumbar Extension

When you run, the lumbar spine naturally moves, coordinating with the movement of the pelvis. When you run downhill, there is an increase in lumbar spine movement, possibly to dissipate the additional ground reaction forces that occur while running downhill.6

Additionally, there is variation in the amount of natural lumbar curvature between individuals and between the sexes. (Females tend to have a more significant lumbar curve than males, possibly to support the shift of the center of mass that occurs during pregnancy).7

This curvature means that visually when you look at someone and see their back curving in, that they may not have a weak core or issues with an anterior pelvic tilt. It might just be their structure, and that structure might support them just fine while running if they can keep the top and bottom half of the body working together.

The Synergy Between the Ribs and Pelvis

I mentioned this a couple of paragraphs back, but perhaps the accurate determination of efficient pelvis and spinal mechanics during gait is the relationship between the ribs and the pelvis. If the ribs are disconnected from the torso because they are flared up and forward, it’s almost like the force that is distributed up the spine from the legs stops. If the ribs aren’t anchored to anything, this alters how the pelvis moves while it propels you forward.

What this means is maybe the issue isn’t that you need to engage your glutes or abs while you run if you feel like your running mechanics aren’t efficient, or it seems like you have to work harder than you think you should as you move forward in space.

Now tap the lower ribs in the back and the back of the top of the pelvis. Imagine those points are gently coming together. Think occasionally about the points that you tapped as you run. As the connections become more apparent, you will feel your ability to shift your link between these areas increases.

The pelvis is designed to transfer force from the lower body to the torso—keeping it still limits its ability to do that well. Finding ease in your running stride is multifaceted and should be viewed from a whole-body perspective. This ease is also what will enable you to run for many more years to come.

The Pelvis When You Run, Viewed From a Whole-Body Perspective originally appeared on BreakingMuscle.com 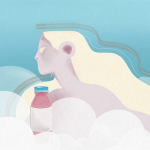 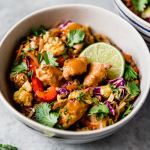