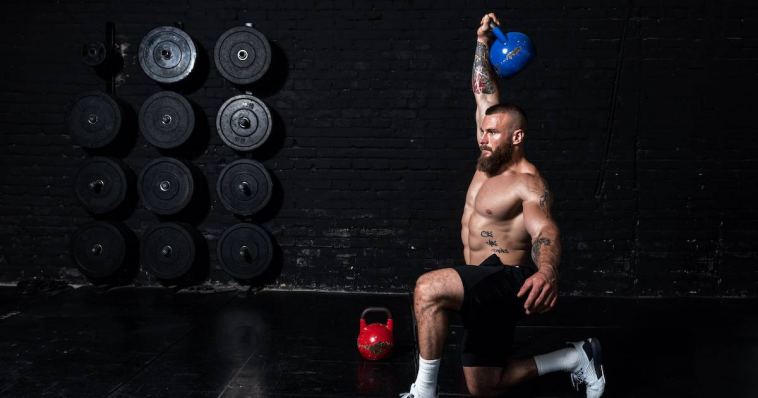 When strung together, we should say these three words with our tail between our legs and a strong shimmy to our confidence. I’m not going to get on my high horse and go through some Pinterest list of virtuous bullet points on how personal growth starts here and how courage is found in these moments, blah blah blah.

My reason for writing this is because I have been wrong a lot.

I know what it feels like to be a young coach/trainer who has one of these epic moments where the thought, “Ohhh shit, I think I’ve screwed up,” races up your spine like an alarm going off at a firehouse.

And in that bone-chilling moment, you see your career, your approach, and your entire belief structure go flashing before your eyes.

It’s a gut punch, for sure, but one that comes with a ton of upside.

I hope you can set your ego aside and admit that some of your tried and trues might be what is holding you and your clientele back.

My career started in the springtime of 1999. I was a card-carrying meathead by the dictionary definition of the word.

I loved the weight room, started my collegiate strength and conditioning career, and could not have been happier. I thought beginning work at 4 am was terrific. Less sleep meant I could be in the gym longer. When I shut down training at 7 or 8 pm, it was perfect.

I didn’t want a relationship or a family anyway. I was that guy.

One of the coaching cues that we used for years was toes up! Toes up in our squats, or deadlifts, basically any closed-chain exercise.

The intention was a good one (sort of), in that we were trying to get the lifters to shift their weight back. We knew that much of the posterior chain appears online when the heels are dug-in.

It was the day and age when all problems were blamed on posterior chain issues.

“Do you have chronic migraines?”

“It’s because your posterior chain is weak.”

“Breaking up with your wife?”

“A steady diet of RDL’s should fix it all.” – Yeah, so we preached.

And we preached it. And then something funny started to happen. We were getting a lot of low back issues, particularly when squatting. These ailments were also during the last few years where political correctness wasn’t a thing.

We blamed every injury or chronic problem on the kid’s lack of toughness or inherent softness.

Then, seven years into my career, I heard a friend of mine give a talk at a kettlebell course I attended on the big toe and how it has a direct neurological relationship with the glutes:

Oh shit, I think I’ve screwed this up.

After experiencing this myself, the kids I had coached up to this point, including the soft-ass ones with the low back issues, raced through my mind. Have I been holding my athletes back (by this time, in the thousands)?

Could I have been the reason all those kids ended up with low back issues? The cold hard truth is, very likely yes.

I’ve told this story before on this site, but it bears repeating. While this comes up time and again, I was hell-bent on becoming the second coming of my mentor, Mike Kent.

Coach Kent is a national coaching treasure. There’s no one like him, and every athlete he’s ever come across loved him. I was one of them, and I was desperate to be just like him.

The problem is, I couldn’t see how adaptable he was to different groups.

I became the football version because I played football for Coach Kent, and I thought that version was the silver bullet to get any athlete to work.

Was I right? With football, I was golden:

In retrospect, I was a bully of sorts, and they ate it up.

Insert our Women’s Soccer team. You can guess what is coming—same recipe. I coached hard, took no excuses, refused to let them complain, and pushed them harder than ever.

And, I lost every single one of them. When I say lost, I mean I earned the nickname The Weight Room Nazi.

They hated coming to the weight room, and I got to the point where my skin would crawl, knowing they were on the docket for the day.

Instead of inspiring them or showing them how to dig deep, they descended further into disinterest and lack of care. It was the worst.

Was the reason that:

Oh shit, I think I’ve screwed this up. I’ll let you decide for yourself.

Death of the Ego

There is being right, and then the insecure, desperate, and manic need to be right. Somewhere in the middle is where most of us dwell.

And the entire reason for writing this article is to challenge you to do some soul searching.

I promised no Pinterest moments, but I’m almost 22 years in the game, and I welcome the whoops-a-daisy moments. I’ve learned enough and seen so much that there are those times when I feel like I’ve seen it all.

And then, I realize that I don’t know everything.

Our egos are functioning for a slew of reasons. Some are productive, but most are toxic. And as a coach or trainer, we have chosen a significant decision-making profession. We are the final word, the long arm of the law.

Most of us have a ton of education (degrees and certs) and are confident in our thinking. Because of the physical nature of what we do and the nervous system’s incredible adaptability, even when we are wrong, the body adjusts and gives us credit when we aren’t deserving.

Dr. Susan Puhl (may she rest in peace) was my Advanced Exercise Physiology instructor and my thesis chair during my graduate work. She was as smart as they came and was a hammer in the classroom.

I love to tell this story about my first group presentation in her class.

We had taken the topic of altitude and its effects on the human body. The instructor broke us into small groups, and we spent an entire evening presenting our sections.

Each group had 3-5 people, and we were responsible for a few minutes individually for each section. We were all a tad nervous, and then the first student gets up and starts her portion.

Within the first couple of minutes, Dr. Puhl asks her a question. At that moment, the lady gave an answer that she thought might pass.

The young lady made another attempt at talking her way through the answer.

All we heard from the back of the room was, “Nope, the wrong answer, try again.”

The student’s portion was to be a few minutes. But, the exchange turned into 20 minutes with her sobbing in front of 18 strangers.

Round and round, they went. The more this girl tried to bullshit, the more Dr. Puhl wouldn’t let her off the hook.

Halfway through this debacle, I began to sink in my seat because I was up next and feeling the doom that might come my way.

Another guy named Victor in my group was already terrified about presenting, so I’m pretty sure that he was sitting there, in a puddle of his urine.

Right before this poor girl’s soul was about to leave her body for good, Dr. Puhl called off the dogs.

Her answer was straightforward.

From that moment forward, things changed for all of us. As you might have figured, when I was to get up and answer questions, I was tripping over myself to give the reliable and bulletproof answer, I don’t know.

I appreciate the need to be right. I understand the image we are trying to uphold, and we don’t want to look unprepared. But know when to stop talking in circles and attempting to pull an answer out of thin air.

And never, ever, bullshit. Let them know that you don’t know, but will find out and get back to them with an answer as soon as you can.

What the hell does any of this have to do with this article?

When I was on my come up, I used to, like a nerd, spend my evenings and weekends in the library at Eastern Kentucky reading all the research I could get my hands on. I have read every word of the first five volumes (currently at 34) of that publication.

Due to this journal and other scientific journals like it, the profession has accelerated discoveries and improved old ones.

When I got my start, the profession was in diapers. Now, I mean, the evolution of strength science is like a rocket ship. We are evolving at a breathtaking rate.

The reason I bring this up to you is that I’m guilty of this myself, perhaps more than anyone.

The phrase, “What we’ve always done.” rolls right off of your tongue.

It’s also the biggest cop-out answer of them all. It tells us that you are lazy. It gives me all the information I will ever need about you.

I’m experiencing this as we speak, a professional night of the soul. I’m on the back nine of my career, and what we’ve always done doesn’t make much sense.

Yes, there are mainstays in my system, those exercises or groupings that would be the hill on which I would die. But many of the things I have preached for two decades are losing their shine. Why? Because I’m tinkering with other things.

I’m listening to fresh voices and watching some brilliant people do some unconventional things that are downright better at producing the results that I want. This openness is in contrast to what I’ve always done.

To give you a glimpse, much of the traditional exercises, like squats and deads, and how we’ve executed them, don’t work.

I’m a big carryover guy. If we do this in the weight room, then we do this on the field. And to be honest, I’m struggling to lie to myself that the carryover is there in the way I need it to be or how I have fantasized it to be. Has it all been a lie? In real-time, I’m telling you, oh shit, I think I’ve screwed this up.

I am standing on the mountaintop of epic proportions in the world of admitting I was wrong. I’m questioning the very fabric of my system.

Not because I have been wrong the whole time, but that there are now better choices.

You can’t be wrong when it’s the best choice available, but when a better alternative has shown its face, It’s a real crossroads.

I’m not exactly sure where I’ll be a year from now. Stay tuned and find out.

Look, we all have to face the music at some point. The day will come when you realize that something you are prescribing to your clientele isn’t working. And that is okay. It’s pretty liberating, to be honest.

I’m too old to waste any more time.

My reputation has never really been a thing for me and certainly isn’t something I’m afraid to tarnish now. So admitting when I’m wrong and saying, “I don’t know” (big love to you, Dr. Puhl) is easy for me. It gives me room for something better.

I want to be excellent and don’t have any more time to throw away.

Embrace being wrong. It happens. Do what is required of you, and then move on. You’ll be better for it.

I Was Wrong originally appeared on BreakingMuscle.com 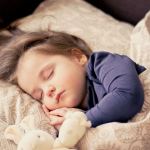