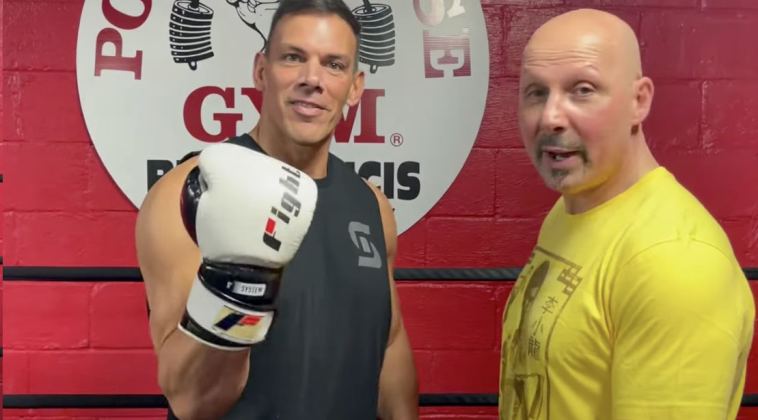 Derek Panza has been in his fair share of fights. That’s because he has competed as both a boxer and kickboxer. He has a 7-0 record as a boxer, and he was 22-1 in kickboxing, with the career highlight coming when he became the International Sport Karate Association (ISKA) World Heavyweight Kickboxing Champion. Clearly, Panza wasn’t always the bigger and stronger fighter when he entered into combat.

That’s why he liked to use the Bump and Punch technique, which he shared with Frank Sepe in a recent workout. Panza said this was a good way to work against an opponent without going toe-to-toe or moving around too much.

“The effective strategy is to keep your opponent off balance,” he explained. One way to do this is to bump your shoulder into the opponent if you’re about to be grabbed and held.

“The minute he grabs me, I have to bump my shoulder into him hard, and violent” said Panza. “The shoulder is a weapon in fighting.”

The next step after the bump is obviously the punch. Panza explained that depending on whichever shoulder you use to bump the opponent, you should use the opposite hand to throw the punch immediately.

“It has to be fast, and it has to be violent,” he said emphatically. He also suggested that doing this repeatedly may be necessary when you go up against someone that can overpower you.

“I bump and punch non-stop. No matter how strong Frank is, if he’s back on his heels, he’s weak.”

Aside from showing what to do, Panza revealed one thing you shouldn’t do – extend your arms.

“If I extend to push Frank, I’m vulnerable,” he told the camera while demonstrating with Sepe. “You never extend your arms when you bump.”

Panza also discussed that while the Bump and Punch is effective, it isn’t foolproof. Regardless of what one fighter does, the opponent can counter. So, do the best you can in the situation you’re in – whether it’s an organized match or a fight on the street. There are many possibilities when it comes to fighting.

Master the ‘Bump and Punch’ with these Kickboxing Tips from Derek Panza originally appeared on MuscleandFitness.com 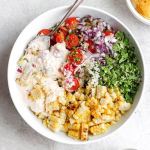 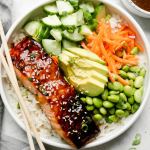