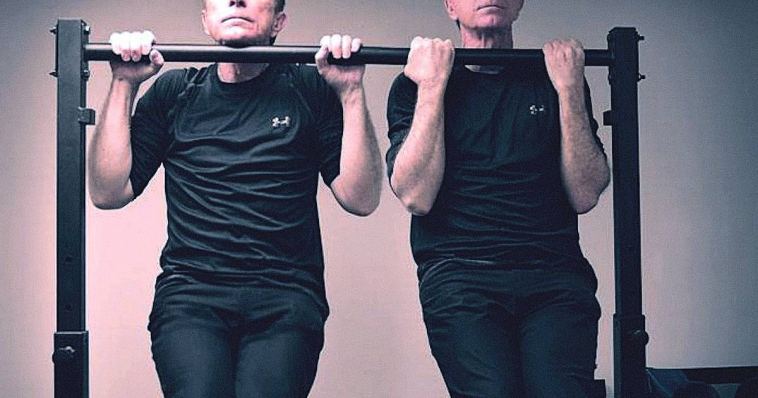 John Du Cane is the author of Qigong Recharge, publisher, fitness guru, and accomplished businessman. I was lucky enough to talk to him recently. At first, I thought we would be steering the conversation towards all things kettlebell, and John’s pioneering work on seeding the fitness industry with quality kettlebell trainers, but something else caught my attention. And so, we talked about resilience and longevity.

John’s journey started in South Africa, where he spent his youth. At a young age, he sensed a connection between life and energy. I understood this as his awareness of the human body’s life force and the energy connection between humans.

John says, “I was constantly surrounded by nature, and it made me think about the world.”

John began his Qigong and Tai Chi practice in 1975 and has owned and run Dragon Door Publications since 1990 where he has embraced everything from martial arts to isometrics, beyond the popularization of hard style kettlebell training under the RKC banner.

As a qigong student, John Du Cane understands how our breath is a tool that we can use to develop physical and mental resilience.

Qigong is an art that originated in China and is taught to warriors to develop full self-awareness of their bodies and movements. I asked him if a specific qigong segment would help modern-day martial artists create this type of resiliency.

He suggested the iron shirt qigong.

If the breath is energy and energy is life, it will make sense why we would breathe in a way that flexes our core muscles as we engage in exercises like running, pull-ups, or lifting heavy weights in general.

There have been many books and courses published on breathing techniques.

If you ever get intrigued enough to pick up a copy of John Du Cane’s qigong series on Amazon, I would also suggest picking up a copy of Breathing for Warriors by Belisa Vranich and Brian Sabin.

These books contain lots of information, tips, and tricks to get you started on your journey to mastering your breathing.

According to John, learning to master your energy through qigong can take many years. It takes a long time to develop because it goes beyond the physical aspects of our being. It helps us develop mental fortitude that will go on to sharpening our intuitive mind.

Train Your Inner Self

This ability can help us navigate through life by making decisions that make sense. I have made some choices in life that were logically sound but didn’t exactly feel right. Ultimately, those decisions led me to square one because I chose to ignore this sense of inner knowing.

That sense of inner knowing is your intuition, and if you choose to cultivate it through qigong, everything that happens to you starts happening for you.

It’s a shift in perspective—a deeper understanding of your purpose on this planet.

Teamwork makes the dream work. John began his friendship and working relationship with Pavel Tsatsouline when he enrolled in Pavel’s classes. Pavel’s technique, charm, and articulation skills made John approach Pavel to publish his programs.

In an interview with John, I asked him, “Was it because of all those decades of cultivating and training your intuition that you had an inner knowing that this partnership was going to be a success?”

John Du Cane replied that it might be challenging to comprehend what was going on in his universe, but it makes sense that he derives his strong self-knowing from training his inner self.

At that time, kettlebells were neither a trend nor incorporated in mainstream training programs. Even Pavel stated that it was probably a very niche market where he could reach out to elite strongman lifters and other interested professional athletes.

Little did they know, the kettlebell movement would become a worldwide phenomenon.

The kettlebell challenge provided a platform for people to develop their strength, breathing, and resilience all-in-one. At this point, it’s probably safe to say that as long as we are alive and enthusiastic about life, we will always want to push the limits.

We push boundaries to find the answer to the question that we’ve all been asking—Is there more to life than just our daily routines and duties?

A training program emerged called the Russian Kettlebell Challenge (RKC) and led to millions of people worldwide having the initials RKC tattooed on their bodies. It’s safe to say that there is more to life for anyone who decides to challenge themselves by enrolling in this rigorous program.

I am a reflective learner who takes knowledge from the external world to make it my own internally. My experience with kettlebell workouts has been amazing.

But to do it well, it will take even more years of training because the pursuit of perfection is the journey of a lifetime.

My initial encounter with the kettlebell helped me expose my bad habits with posture, breathing, and timing. I was a strong young man in my late teens and always found ways to add to my training program.

The first thing I noticed was that you could easily hurt yourself with bad form.

More specifically, it’s not advisable to curve your back when you are on the down-swing. It also means that I was using my arm strength and hip strength without utilizing my core strength’s full potential.

Having abs is cool but having the ability to flex and relax your core at the exact timing you want is the next level.

The repetitive movement of tension and release that we use to perform the kettlebell swings can apply to other fitness forms such as martial arts and rugby.

It’s a lot to take in, but the good news is, if you have a kettlebell sitting in your room or office like I do, you can get more training time to perfect your form and breathing. It only takes about 10-20 mins for a real workout which means it’s less invasive on your time.

I hope you have embarked on your journey to finding your form of perfection. If that journey is in fitness, I would highly recommend you pick up a copy of John Du Cane’s Qigong Recharge and Pavel’s Fast and Loose- Secrets of Russian Champions. 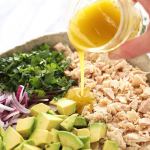 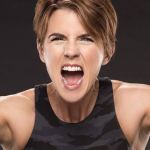