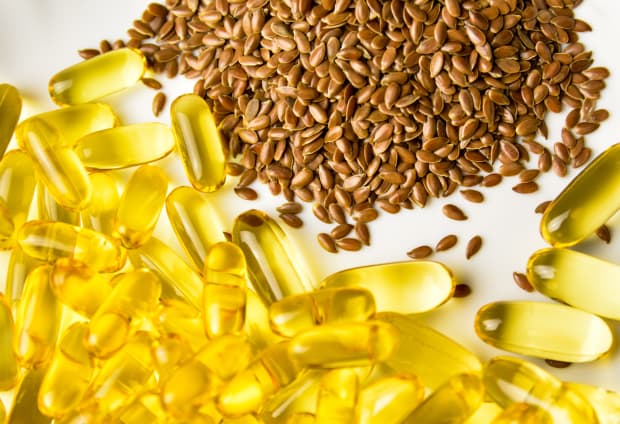 Unless you’ve been living under a rock, you probably already know how great omega-3 fats are for you. These “wellness molecules” are associated with healthier brains and hearts, improved mood, lowered inflammation, fewer cardiac arrhythmias, reduced joint pain, lowered triglycerides, and healthier skin and hair. What’s not to like?

You probably already know that the best sources of omega-3s are fish oil and flaxseed oil. But you might be wondering, which is better?

The Great Debate: Fish or Flax?

Let’s start at the beginning. Omega-3s are a category with three members. It’s entirely true that omega-3s are found in both flaxseed oil and fish oil. But the dirty little secret about omega-3s is that the two found in fish and the one found in flax are quite different and may be anything but equal in their effects on human health. Let’s take a closer look.

ALA, EPA, and DHA: the Most Important Omega-3s

Flaxseeds and flaxseed oil contain a particular omega-3 fat called ALA (alpha-linolenic acid). Fish and fish oil contain two very different omega-3s—EPA (eicosapentaenoic acid) and DHA (docosahexaenoic acid). The vast majority of the research on the health benefits of omega-3s has been done on DHA and EPA. They are the true superstars of the small omega-3 kingdom. The health benefits of ALA (found in flaxseed) are less clear.

To give you an idea of the controversy, consider the following: The European Union instituted new labeling rules that established levels at which omega-3s must be present in food for them to bear the legend “source of omega-3s” or “high in omega-3s.” These labeling rules drew stern criticism from a prominent group of scientists studying omega-3s. Why? Because the scientists feared that food manufacturers would take advantage of the fact that most people couldn’t distinguish among the various omega-3s. They feared that manufacturers would add plant-based ALA to products such as energy bars and cereals, allowing them to legally claim these products were “high in omega-3s.” But scientists feared that this would be misleading to the public, since the benefits of ALA are not as well documented as the benefits of EPA and DHA.

Now don’t get me wrong. It’s not that flaxseed oil—with its high concentration of ALA—isn’t a good fat. It most certainly is. And it’s not that there aren’t huge differences in quality among flaxseed oils. It’s simply that the omega-3 in flaxseed oil, ALA, hasn’t been convincingly shown in research to be as powerful a health modulator as the two omega-3s found in fish.

Doesn’t ALA Get Converted to EPA and DHA?

Proponents of flaxseed oil like to point out—quite correctly, I might add—that the body can actually take the ALA found in flaxseed and convert it into the more “valuable” fatty acids, DHA and EPA. It does this by the action of enzymes known as elongases and desaturases, and the end result is that some of that ALA you consume in flaxseed oil actually does get converted to EPA and DHA.

The big question is how much actually gets converted. And the answer is not so much. There’s a range of figures shown in various studies on conversion, but the consensus is that it’s never higher than 9 percent and usually considerably less. Truth be told, the actual percentage is a little squishy. Some studies have shown that consuming a lot of ALA does indeed boost blood levels of EPA, but hardly moves blood levels of DHA. This is important because DHA is one of the most important fats for the brain. Both EPA and DHA keep cell membranes nice and fluid, which is one of the reasons that fish oil, which contains both EPA and DHA right out of the box, is so protective of the heart.

How Omega 6 Fats in Vegetable Oils Mess Things Up

One thing that works against the conversion of ALA into DHA and EPA is, believe it or not, vegetable oil. Omega-6 fats—which are predominant in most vegetable oils (such as corn, cottonseed, soybean, safflower, and sunflower oils)—actually work to prevent the conversion of ALA into DHA and EPA. Interestingly, saturated fat does not seem to have this dampening effect. One study on ALA conversion concluded that with “a background diet high in saturated fat, conversion [of ALA] … is approximately 6 percent for EPA and 3.8 percent for DHA, [but] with a diet rich in omega-6, the conversion is reduced by 40 to 50 percent.”

This can be a real dilemma for the average vegan or vegetarian, who is extremely unlikely to be consuming a “background diet high in saturated fat” and very likely to be consuming a ton of omega-6s from vegetable oils in his or her diet. A vegan or vegetarian who is getting all her omega-3s from plant foods or flaxseed oil should be very careful to reduce the amount of omega-6 fats in the diet while boosting the amount of flaxseed oil consumed. The ideal ratio of omega-6s to omega-3s in the human diet is somewhere between 4:1 and 1:1. Most Americans consume a ratio of around 20:1. Since omega-6s are pro-inflammatory and omega-3s are anti-inflammatory, this ratio isn’t healthy—whether you’re a vegetarian or not.

See also: How to Start a Vegan Diet

Should You Use Flaxseed Oil or Fish Oil?

So if you put a gun to my head and asked me to choose between flaxseed oil and fish oil, I’d have to go with the fish oil. The research on DHA and EPA is too compelling, and the research on ALA alone—while it does exist—is just not as strong and clear.

That said, flaxseed oil still has valuable properties of its own. Flax contains plant chemicals called lignans, which have profound anti-cancer effects. Oils such as Barlean’s Organic Lignan Flax Oil provide these lignans in addition to ALA, and products like Barlean’s Organic Forti-Flax Flaxseed contain a trifecta of valuable compounds: lignans, omega-3s, and fiber to boot.

All things considered, it seems to me fish oil is the better choice for nonvegetarians. But vegetarians can get a great deal of value from flaxseed oil, provided they use it correctly. Forget about one or two capsules; take at least 1 to 3 tablespoons. That way you’ll be sure to get at least 0.5 gram of EPA and DHA. And cut back on the vegetable oils high in omega-6s. Which, come to think of it, is a good idea for everyone.

All omega-3 oils (including fish oils, flaxseed oil, chia seeds, and walnuts) will last longer when stored in a cool, dark place—keep them away from the microwave, stove, windowsill, etc. For maximum freshness, keep them in the refrigerator after opening.

Fish Oil vs. Flaxseed Oil: Is One Better Than the Other? originally appeared on BetterNutrition.com 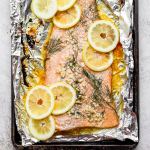 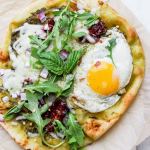