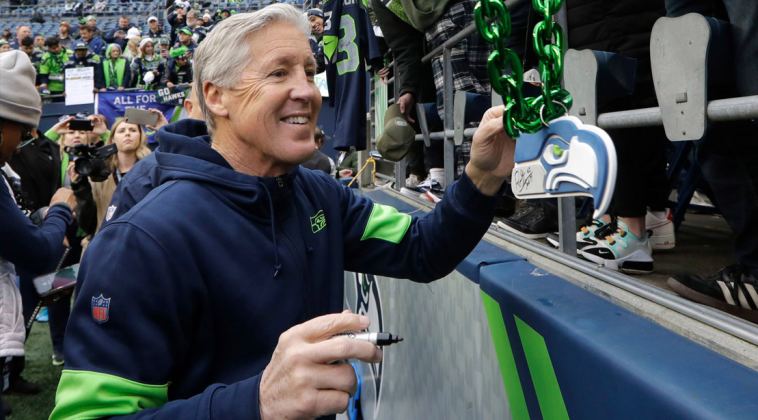 Seattle Seahawks Head Coach Pete Carroll certainly knows all about performing at the highest levels. He’s one of only three football coaches to have won both a Super Bowl (2014) and a college football national championship (2004), and his prestigious “Legion of Boom” became a phenomenon that led the NFL in scoring defense for four consecutive years.

Alongside his Seahawk colleague and high-performance psychologist, Dr. Michael Gervais, Carroll has developed a strategy that seeks to get the very best results out of the team’s athletes and business people. They duo call it the “Compete to Create” mindset.

It was first presented during a training course to Microsoft employees in 2013 and since then, the reputation of the program has grown exponentially. Compete to Create has now been delivered to over 12,000 people and its list of tutors now includes Olympic athletes.

Now, they’re delivering their strategies in an Audible exclusive audiobook, to be released July 9, titled Compete to Create: An Approach to Living and Leading Authentically.

M&F sat down with the Compete to Create co-founders ahead of the audiobook’s release to gain a combination of peer-reviewed ideas and common-sense approaches that could increase your own performance in the gym, on the field, or in the boardroom.

Compete to Create: An Approach to Living and Leading Authentically is now available for pre-order as an Audible Original. See: competetocreate.net for more information.

There has never been so much demand on our attention, but much of that is an unhelpful distraction. If you’re walking around the gym, sharing your time with the constant influx of social media notifications and messages that cross your screen, you’re unlikely to give your all to that session. Consider those times your attention may be wasted, and think about how you can put more focus on the task at hand. If this means leaving your cell phone in the locker, then so be it.

“This goes to the discussion about being present in the moment, and being mindful, and finding your way to having the discipline that it takes so that you can center in on what’s right here, and right now,” says Carroll. “You can actually practice that, so whether its that next lift, that next rep, or the next person that you’re dealing with. We’ve got to get really good at not wasting our attention if we want to be really good at what we do.”

The human race always works better together, and if you have a goal or an ambition, the chances are that you’ll need to work alongside a range of other people to make it happen. To that end, it’s important to identify and nurture high-quality relationships that will help you reach your goals, rather than be a drain on your aspirations. Whether at work or at home, investing the time to improve your relationships will add to your quality of life and your potential to go further.

Failure is extremely tough on the mind, so much so that some people never even try to reach their full potential because they don’t want to think of the possibility of losing. The highest-performing athletes and executives, though, head into a competition, or a meeting, with the optimism that they can achieve their goals. Pessimism will constrict your motivation. If you don’t back yourself, who else will?

“Optimism does call for vulnerability to believe that things are going to work out,” Carroll says. “It’s much easier to say ‘ah, it’s not going to happen’ and then your expectations are lowered, but what is important is that we find ourselves willing to take the chance and to risk our expectations, and risk our hopes. We have to practice that and it takes courage.”

“We can take a look at this from a brain perspective. Optimism is a fundamental belief that things will work out. It doesn’t mean you’re going to win, or get the weight off the platform, but what it means is that in the long game you’re going to be richer for going for it and closer to solving the problem if it didn’t quite go the way you hoped it would go,” says Dr. Gervais.

Let go of things that you can’t control

Sometimes it may feel that no matter what we do, we find ourselves being pulled by forces that we can’t control. Whether it be an injury, or office politics, the only way that we can move productively forward is to identify what we can control and focus on that, rather than get hung up on those things that we can’t change.

“Letting go of the things we cannot control is a really huge tool for us. You can be drawn into factors outside of your control so we want to see if we can cherish that which is within our control, like the habits that we have. We can work on our study habits, our mentality, and our attitudes so that those other factors don’t enter in. We want to maximize our ability to focus, so that we have a chance to perform at our best. There’s a lot of noise, and a lot of voices but with practice you can develop the skill to the focus on the things that are within our grasp,” says Carroll.

Reward yourself for working hard by taking time out. Not only does time out give you a much-needed break from the intensity of hard work and focus, but it often provides clarity and perspective on a problem that’s hard to solve while you’re stuck in the middle of it. As the head coach of the Seahawks, the demands on Carroll’s time and attention are unenviable, but he still finds time to make space.

“It’s about finding times to maximise those spaces. So, there are times when you’re on and times when you’re not. For me it’s about identifying those times when I’m in the clear for now. Then you can do whatever you want like take a walk or go fishing or it could be shooting hoops. If you stay clouded all the time it’s a mess. Again, it’s a discipline and it takes practice, but sometimes you have to say ‘Look, I don’t need to check my messages right now,’ or ‘I don’t need to call back right now.’ Then there are times when you work like crazy, so the smallest of moments can really be valuable,” says Pete.

Longer working hours, Netflix, and never-ending emails are all conspiring to rob you of good-quality sleep, and while the human race has evolved on so many levels, sleep is not an area that many of us devote enough attention to. A good sleeping pattern is fundamental for brain function and efficient physical recovery, so without it you’re already one step behind your competition.

“There are so many diversions to sleep that it takes discipline, but when you really cherish your performance, and you cherish being at your best, then you work your way into prioritising the right steps to take care of yourself. Great athletes and performers, and any of us, have to learn how to do that,” says Carroll.

“Sleep is really important. It’s one of those core restoration and recovery mechanisms. If you’re having problems getting to sleep it may because of technology creeping in. It might because your mind is ruminating on things that it’s trying to solve. One of the things that I do is to ‘Sun Down.’ As the sun starts to go down, I mimic the same thing. I try to tail off the intensity of what I am doing, to prime my brain to fall asleep well,” says Dr. Gervais.

Many of us have an idea of where we want to be with our performance, career, sport, or physique but we don’t always ask ourselves what it takes to achieve that goal. We may take multiple trips to the gym every week, but if we don’t understand the purpose of what we’re doing, how can we train correctly? Many of the world’s most successful executives and athletes understand this and have a clear vision set out.

“I haven’t met a world leader, in any domain, that doesn’t recognize the value of the inner-life. We can train three things: our craft, our body, and our mind. The best-of-the-best are not leaving any of those things up to chance. What the best-of-the-best are doing is to remind others that purpose is really important. Purpose shapes the practices,” says Dr. Gervais.

“I think having a plan and having taken the time to take control of your life is really important. You’ll function better, and you’ll stay on course if you know where you’re going and have a direction that is set. That is what any aspiring performer should establish,” says Carroll. 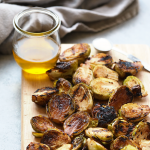 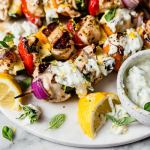