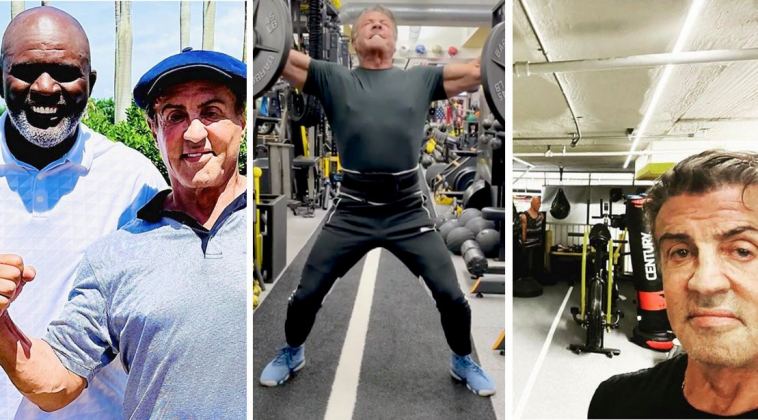 On the big screen Sylvester Stallone outlasted Apollo Creed, clobbered Clubber Lang, and defeated Ivan Drago. He outdemolished Simon Phoenix, went over the top on Bull Harley, resurrected The Expendables three times and Rambo five times. On the small screen he’s hosted Saturday Night Live, appeared as himself in the hit show This Is Us and had a recurring role in Las Vegas.

Now, on the smallest screen (your phone) he’s become an Instagram fitness star, posting grueling workouts (the dude is 75!), motivational quotes, blasts from his workout past and even sparring sessions with current boxers.

In fact, these are the seven times that Sylvester Stallone, a bona fide Muscle & Fitness cover star in 2004 and 1985, impressed the hell out of us:

The Best Boxing Fight in the History of Cinema

Check out these never-before-seen photos of Stallone in the gym with Dolph Lundgren on the set of Rocky IV. This is a great shot of the Italian Stallion off-camera performing a seated military press with none other than Ivan Drago as his spotter. Stallone shirtless and Drago in a skinny tank make this an instant classic.

Who can forget the iconic, woodsy scenery from Rambo: First Blood? The mountains, the trees, the cold, all of it. The movie was shot in Hope, Canada, and in this post Sly shares the two full-size statues of Rambo that are still there to this day. Just remember that to survive war you have to become war.

Sparring with His Brother ‘Frank The Tank’

You remember all of the boxing scenes in Rocky III, but you likely never saw this sparring footage between Sly and his brother Frank Stallone. Frank “The Tank” is in the red trunks and unloads on Rocky’s midsection. Very cool find here from the Rocky canon.

This post has nothing to do with a gym or training, but it’s a shot of where the entire Rocky saga began: in Stallone’s mind. This photo is the definition of “humble beginnings.” Here he is writing the first draft of what would eventually become Rocky.

Golfing with the greatest defensive football player of all time

One of the guys in this photo is famous for being able to take a beating and win. The other is famous for beating the hell out of NFL offenses and revolutionizing the linebacker position. I give you Lawrence Taylor and Sylvester Stallone.

Go for it at any age

Stallone’s lifelong dedication to fitness is one of the reasons he’s a Muscle and Fitness Hall of Famer. And the fact that he’s remained loyal to the iron well into his 70s is about as motivational as it gets. Here, Sly shares a photo of the gym that he and uber-trainer Gunnar Peterson workout in, with a great post about always pushing yourself, no matter your age.

This is the No. 1 post in this highlight reel for a reason. We’ve got Sly, at 75, clutching a 45-pound plate in each hand, at the end of his workout, struggling to get to his feet and hold them out to his sides. It’s gut-wrenching. It’s brutal. It’s inspirational. Watch these 15 seconds of #fitspiration right here. 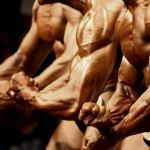 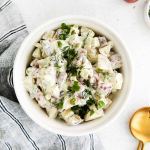