Cannabis has been in use for ages to treat several ailments. According to archaeological findings, extracts from the plant were used as far back as 2500 years ago, particularly in Southeast Asia. Most ancient users relied on marijuana for relieving headaches, soothing wounds, and use it as an aphrodisiac.

Fast-forward, and today, cannabis has gained far more medical benefits. Marijuana-infused supplements can help to treat both nociceptive and neuropathic pain. Weed is also a potent natural remedy against many conditions whose principal symptoms include anxiety, inflammation, nausea, and spasticity.

Studies have also cited cannabis for its promise in treating sleep disorders like insomnia. This post examines the role of marijuana supplements in treating insomnia.

Marijuana and the Endocannabinoid System

To understand the role of cannabis supplements in treating insomnia, it’s imperative to begin by familiarizing yourself with how extracts from the plant interact with your body. That way, you can order your favorite CBD products from Weed Smart online dispensary from the point of information.

The human body comprises a sophisticated cell-signaling system known as the endocannabinoid system, whose primary function is regulating normal homeostasis. The ECS plays an essential role in regulating your sleep-wake cycles, also known as your circadian rhythms.

As you shall find, various hormones and neurotransmitters influence your circadian rhythms. Examples include stress hormones like cortisol and sleep hormones like melatonin. Other external factors, such as temperature and light changes, may also affect your sleep-wake cycle. It’s also worth noting that cannabis produces over 115 medically beneficial chemicals. However, cannabidiol (CBD) and tetrahydrocannabinol (THC) are the two most popular ones, and many marijuana supplements generally contain significant levels of these compounds.

Both cannabidiol and tetrahydrocannabinol play a crucial role in treating insomnia. When consumed, CBD and THC express their sleep-aiding benefits through your endocannabinoid system. The compounds influence how your endocannabinoid receptors bind to certain endocannabinoid neurotransmitters in a complex mechanism that results in insomnia relief as one of the benefits.

Pain impacts overall sleep quality. Indeed, it’s challenging to have a restful sleep with aching muscles or tender joints. Fortunately, pain also happens to be the primary medical problem that marijuana doctors generally recommend weed supplements for. Cannabis treats pain by stimulating specific pain-signaling receptors in the endocannabinoid system, such as vanilloid receptors. Marijuana supplements can also mediate pain by enhancing the body’s access to endocannabinoids associated with pain relief, such as anandamide.

Anxiety and insomnia share a cause-effect relationship, where one condition usually triggers the other. Anxiety usually results from a surge in the levels of stress hormones like cortisol. High cortisol levels translate to elevated heart rate, high blood pressure, and heightened mental activity, all of which are common insomnia markers.

Marijuana supplements treat anxiety by enhancing the secretion of happiness hormones like serotonin while inhibiting stress hormones like cortisol. Numerous studies examining the anxiolytic properties of marijuana have shown that cannabis extracts can help with various anxiety disorders.

For instance, this study suggests that supplementing cannabis might offer relief from post-traumatic stress disorder (PTSD). The study explicitly cites CBD for its ability to treat some of the worst PTSD symptoms that may interfere with sleep, such as nightmares and the replaying of negative memories.

Sleep latency, also known as sleep onset time, refers to the average time it usually takes to drift from an entire state of wakefulness to sleep. Marijuana has been shown to reduce sleep latency. That’s primarily due to its sedating properties. It’s worth noting that non-psychoactive compounds like cannabidiol account for the vast majority of marijuana’s sedating benefits. So, it’s always prudent to check the composition of a marijuana supplement before using it for sedation.

If the product must include psychoactive chemicals like THC, you may need to up your doses to enjoy its sedating effects. That’s because psychotropic cannabis extracts are generally stimulating at low doses and tranquilizing at high doses.

Rapid eye movement (REM) sleep is the stage during sleep marked by rapid eye movements within the sockets, elevated heart rate, and heightened brain activity. Sleep experts believe that most of the dreaming happens during REM sleep. Now, some dreams are refreshingly soothing and can help you sleep more peacefully. However, the same cannot be said about nightmares.

Cannabis extracts like CBD may shorten or eliminate REM sleep. As such, these products may reduce the risks of having nightmares, thereby ensuring you have a more restful sleep.

People who spend much of their sleeping hours in REM sleep are at a higher risk of suffering from REM sleep behavior disorder (RBD). RBD is a sleep disorder where a person dramatizes their dreams.

People with RBD may get out of bed, walk to the kitchen, and begin preparing breakfast when they have no idea of what they’re doing. You can only imagine how things could go wrong. Fortunately, certain studies have shown that consuming marijuana-infused supplements before going to bed might go a long way in keeping RBD at bay.

There are numerous ways marijuana supplements may treat insomnia. Not only does cannabis aid your sleep directly through its sedating properties. The herb may also treat some of the common triggers of insomnia, including pain and anxiety. 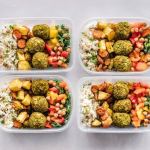