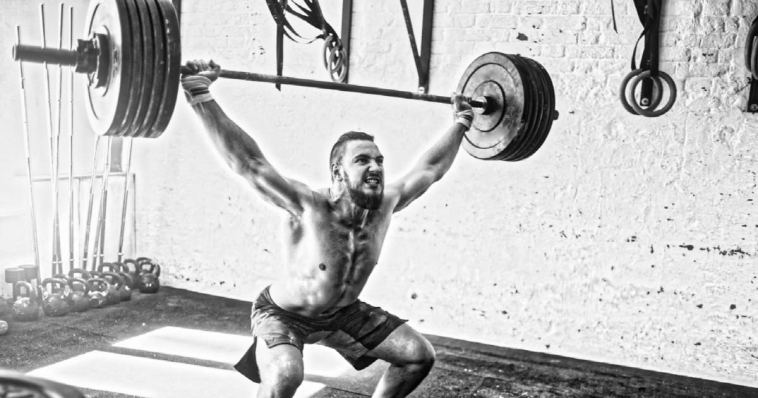 When we think of stress, we are accustomed to concentrating on the harmful types of stress. In our everyday lives, we have to deal with lots of work stress, such as deadlines, low cash flow, high sales quotas, and type-A bosses, among others. Then don’t forget the rush hour drive home. How could anyone drive so stupidly?

Unlike in baseball, you are not safe at home, either. You will then have to deal with family and marital problems, to say nothing of the crabgrass. While the mostly younger athletes may not have to encounter those stressors, they will have many of their own. Their list might include:

We all know that training produces stress on the bodies and minds of athletes. Workouts break down the body and also deplete the nervous energy.

We are then inclined to associate such stress as bad for us. But is it all bad? Those lifters with even a little experience training know that adequate rest and diet after such workouts will soon produce a healthier organism.

Therefore, even negative stress, also called distress, can be useful for us, too, in the right circumstances.

Is There Such a Thing As Good Stress?

Having mentioned the concept of dis-stress our English majors reading this might be wondering if there is such a thing as eustress (noun: moderate or normal psychological stress interpreted as being beneficial for the experiencer) or good stress. Well, there certainly is. This kind of stress may or may not be tiring, but the subject welcomes it.

We would all love to have to deal with such stress (especially the last one). All of these could help to eliminate the distress in our lives, right?

These things will undoubtedly eliminate some stress. However, the universe has some surprises for us here. As we think more deeply about what might happen in our lives, if we could experience any of the above, we may see that they are not all unalloyed bliss. They can quickly convert to more dis-stress.

Graduating from high school may mean moving away from home to a much more demanding college. That charming new girlfriend hates weightlifting and wants you to quit. That new job just means you will only be under the gun more.

So, therefore, just as bad stress can be useful for us, good stress can also be bad for us. The key is that eustress can unexpectedly have negative implications that change the subject’s perception of the eustress into something similar to distress.

Due to these perceptions, different athletes will then respond to identical stressors in different ways. How might that happen?

For example, let’s look at two lifters, A and B, who are both in training with hopes of making the national team. Great. One day, at the qualifying event, all those years of effort and self-denial are rewarded with PR totals and victory. Both make the national team.

Both imagine for years how great life will be once they hit that coveted elite level.

Now they no longer just dream about lifting in the Continentals, the Worlds or Olympics even. They are now likely picks. Surely the stress of having to qualify for the team will decrease, and they can settle down to serious training?

If that is what they imagine, they may be in for a surprise. The national coach will now expect both A and B to train six days a week, sometimes twice a day.

And all with heavier weights. Making that Olympic team now seems harder than ever. In short, expectations and uncertainties begin to pile up, especially for Lifter B.

How Lifters A and B deal with them may be quite different; however, their stressors may seem identical. Lifter A might take things in stride, eager to accept the challenges of moving up in the weightlifting world.

With A’s new status, training will resume with even more enthusiasm. Bring on the Chinese! He can’t wait to try that new program. This is all experienced by A as very stimulating.

Not so stimulating with the more cautious Lifter B. There is joy at making the national team, sure. Long term goals have been accomplished, but now new goals will need to be set.

It was hard qualifying for the team. Now, it will be harder even to stay there. Lifter C, three years younger, is breathing down their neck. What if they bomb at the Pan-Ams? What if they get injured?

B has some new stresses to think about as soon as the euphoria of team selection has died down. Two similar lifters, but very different pressures being perceived by each. Any coach assigned to this team will have to be aware of this if these lifters are to be handled successfully.

As sportsmen, we are all now well aware that such mental and emotional stress is very debilitating, not just in those more abstract areas but physically as well. Not everyone is.

I remember as a student working labor-intensive jobs in the summer, all day in the hot summer with lifting things, shoveling, raking, and whatnot. After work, I would put in some barbell time, then go to bed and be ready for more the next day. (Where did I find all that energy back then?)

In September, I would start school again, abruptly shifting much my effort to the intellectual with classes, study, exams, term papers, and so on. I remember a few people assuming that I was glad to get back to the less arduous task of school work. If only they knew. In short order, I would be stressed by mid-term time, but stressed in a far different way than I had with physical labor.

In my summer job, I could mentally punch-out at five o’clock and be ready again the next morning. Not so on campus as the academic treadmill starts fast and only gets faster through the semester. Not only that, but I was also competing against many others.

The pressure never stopped until it was time to go back to my summer job. In such a regime, my gym time felt more like relaxation. From all this, I learned the importance of cycling, not only in my training but in my studies.

I had been raised to think that the road to academic success was to study regularly, take no breaks, and eschew all extracurricular activities, seven days a week.

Breaks meant that you were lazy. (One reads about Japanese students committing suicide when they cannot handle the pressure to perform). If one got only a B while taking breaks, the latter was undoubtedly the reason for falling short.

Other more ephemeral reasons might have existed but were not taken seriously. The effect of stress wasn’t a consideration. I did not realize that just as in weightlifting volume, there is a law of diminishing returns applicable to study inputs as well. And just as perplexing, it is difficult to determine where the inflection point was.

Much has been written about stress concerning athletes. In the last few decades, much of it adapted from general psychological research. We are all familiar with the inverted U graph. I will not describe it in detail here as it is available everywhere, even here at Breaking Muscle.

The takeaway is that there is a sweet spot between too little and too much stress. The trick is to find that sweet spot, especially for the more finely tuned elite sportspersons. Too much stress results in distress, we all know that.

When training or studying at novice levels, it is easy to avoid stress or burn-out. There is lots of slack in the system. But at elite levels, there is no slack.

This has been compared to walking over softly rounded hills where it is easy to stay at their crest. Not much will happen if the walker veers over one side of the ridge or the other. However, when our walker graduates to climbing Mt. Everest, they must cling to the thin edge of the col to avoid disaster.

Often coaches, parents, and athletes do not appreciate the stress hidden in the guise of welcoming events. Sure, they will understand the unwelcome stresses. However, good stressors are not comprehended as well.

Lifter B may announce to the family that they finally qualified for the Olympic Trials. The non-athletic parents will now think that their child might now relax a bit. The pressure is over. Well, no.

Now Lifter B must worry about how they will do against others, just as qualified as they, who also want to get to Tokyo. They end up not understanding the subsequent behavior of someone who they think should now be de-stressed.

Coaches who have never had an athlete reach a high level should especially be made aware of this perplexing situation.

Dealing With Your Stress

There are three main concepts that athletes and coaches need to be aware of regarding stress.

Now it is time to de-stress and get back to the gym (if possible, these days).

Can You Deal With Eustress? originally appeared on BreakingMuscle.com