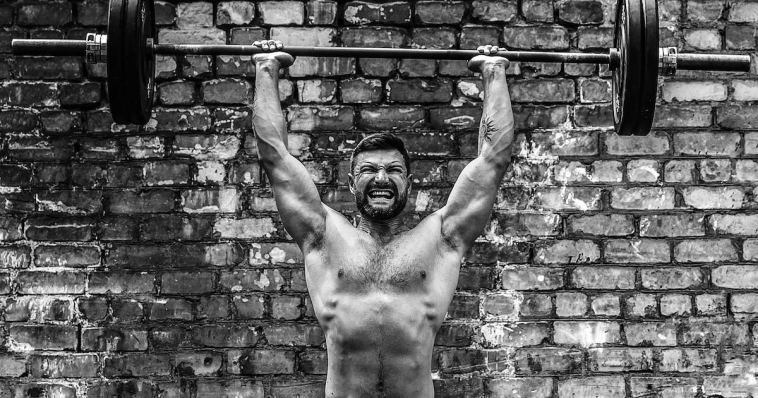 Imagine this scenario: a lifter at your gym has convinced their friend—Jeff—to sign up for personal training. After getting to know Jeff a bit, you ask him what he wants from working with you, and he replies:

“Honestly, I’m just looking to get fitter and stronger.”

This is a classic fuzzy goal, right up there with getting more toned and working on my health. According to much of the pop coaching literature, this won’t cut it.

Whenever we hear milquetoast intentions like this, we are to give them a backbone and:

But first, let’s take a step back and ask the hanging question: Why do we push these kinds of goals? The intuitive answer is that the client needs a goal to stay motivated.

Without something to strive for, they’ll quit when the workouts become challenging.

That may be true of committed trainees, but is it appropriate for Jeff?

According to one popular approach—the Transtheoretical Model of behavior change— people pass through distinct stages to make significant changes like quitting smoking or adopting a new diet.

SMART goals and sophisticated programming strategies are most effective for those in the later stages—action and maintenance. When these lifters come to you, they know what they want and have already tried other alternatives in the past. They need specific strategies, practices, and accountability to help achieve their goals.

Other lifters are in the early stages, either not considering a change at all or just starting to reflect on the possibility. Coaches may help these lifters become ready through conversation and by making training a fun experience, but not always.

Lifters like Jeff are in the middle, what the Transtheoretical Model calls the preparation stage.

People in this stage are ready to do something, but not to commit to significant steps just yet.

Jeff may not be motivated by a number on a bar, scale, or stopwatch. Until Jeff can deadlift 285 pounds, he doesn’t have a context for what an accomplishment it is to put 405 pounds on the bar for the first time, and he doesn’t yet know if getting stronger will solve his problem.

Setting targets at this stage is a challenge. Motivating goals have a goldilocks quality:

And we as coaches know this—we see it all the time— which brings me back to the question: “Why do we force it?” I think there are two reasons we push goals so early:

But lifters aren’t multiple-choice tests, and forcing complex action too early fails to meet them where they are. By trying to prove our competence, we drive them away.

“The preparation stage is a planning phase in which clients are beginning to actively carry out their plans… Thus, the primary focus should be on whatever is needed to sustain a commitment to future action.”

When someone comes to us not-quite-ready for committed action, efforts to push them are likely to fail. We’re out of sync, we’ll get resistance, and if we’re not careful, we’ll blame the lifter for being non-compliant.

When faced with lifters like Jeff, consider that they don’t need fixing. Instead, they need a clear set of next steps, evidence that you can help them resolve their problem, and trust in you as a coach.

As Chip and Dan Heath suggest in their book Switch, “What looks like resistance is often a lack of clarity.”

Lifters in the preparation stage are looking for solutions and preparing to take action but aren’t ready for sweeping life changes.

For action steps to be effective, they need to be clear and small enough that the lifter can do them easily, especially when combined with support and accountability from the coach.

One example of an action step might be to schedule a first introduction and trial session. The decision to train is an immediate action. The lifter knows what h to do, and the coach handles the complicated part—designing a productive first session.

An ineffective action step might be answering a client’s question about diet with: “For now, just try to reduce your intake of processed foods and sugary drinks.”

This advice may seem clear and straightforward to a coach—it’s vastly easier than trying to explain the details of digestion and metabolism. Still, the lifter now needs to:

These three steps are too-far, too-fast.

Although lifters like Jeff often come in without a clear sense of where they’re going, they almost always have a problem they want to solve. That’s what motivated them enough to ask around, find you, and come to your gym willing to pay your training prices. Work with them to clarify what the problem is and to find a way for them to see how progress looks.

If we can clarify the lifter’s real needs and show them the benefits of the training process, we encourage their sustained commitment and put them in a good position to adopt goal-oriented strategies that work if those become appropriate later.

This process never ends, but especially in the first few months, get to know them as lifters. Within bounds, bring your whole self— your personality, passions, and projects— to the gym with you to express integrity between your life mission and your work as a coach. Care about their progress and get excited when they reach new firsts and milestones.

Be professional in what you say and how you touch and hold clear, consistent, and reasonable boundaries about your scope of practice— both what you will and won’t do. Deliver what you promise on time, and apologize when you’re wrong.

It’s beyond the scope of this article—it could be the mission of a lifetime—to explain how best to develop trust. Instead, simply respect the value that trust brings to the coaching process.

Time spent building rapport, connection, developing side projects, tightening business processes, and celebrating with your lifters is beneficial to you both even if it’s not tied to a tangible goal.

These side tasks may be the most important thing you do.

How to Help Jeff

You may not work with someone like Jeff. You might choose to work exclusively with groups who are— for the most part— past that stage. Or, you may specialize in lifters who are even less ready for change than Jeff, as seen in some rehab and mandated employee programs.

Still, in my experience working both as a barbell and CrossFit coach, most new lifters are in the preparation stage, and I suspect that is true in much of the commercial coaching space.

And whoever you work with, their readiness for change will flow in and out. Your client may relapse into old behaviors and lose confidence or find themselves preparing for a goal or lifestyle shift that takes them out of the familiar.

Knowing how to handle that transition—getting them back into effective routines and moving towards their new goal—can be the difference between being a good coach and being the kind of coach who keeps a lifter happy and thriving for years.

Are You a Lifter With Fuzzy Goals? originally appeared on BreakingMuscle.com 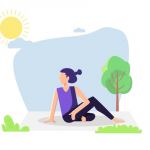 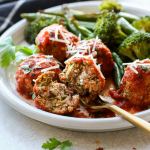