For all you fans of quinoa out there (and those who have yet to enjoy it), I have a special treat to propose—fonio, the most excellent ancient grain that you’ve probably never heard of. And it comes with a special bonus: in addition to being delicious and gluten-free, it provides societal and environmental benefits in a part of the world that’s desperately in need of them.

At once delicious and nutritious, fonio is native to West Africa, where it has been a prized and ubiquitous source of nutrition for over 5,000 years. It’s known in Mali as “The Seed of the Universe,” the root of all existence. Gluten-free and low-glycemic, it’s a low- calorie-density food that is rich in fiber and antioxidants. It’s also high in two key amino acids—methionine and cysteine, which promote hair, skin, and nail growth and are deficient in all other grains.

And as if that weren’t enough, it is, in my humble opinion, one of the tastiest grains around—slightly earthy and pleasingly nutty, with a light, fluffy texture that provides a perfect backdrop for any number of foods and flavors.

The man who helped bring this product to America is Pierre Thiam, a noted restaurateur, cookbook author, and passionate supporter of West African foods and farmers. While writing his first cookbook, Yolélé! Recipes From the Heart of Senegal, he realized that “many of the amazing ingredients I was using in my recipes were not readily accessible in the U.S. Some of them, like fonio, are resilient and nutritious, but the small family farmers that grow it barely make a living. I realized that I could positively impact these communities if I could figure out a way to develop a chain of value for these crops.”

So he created Yolélé Foods to share the joy of West African cuisine, create economic opportunity for smallholder farms, and support biodiverse, regenerative, and resilient food systems in his homeland.

But Pierre’s gaze extends beyond his regional aspirations. “To me, the most important thing about the fonio journey is that it can serve as a model of development for other similar African products. It’s a nutritious product of regenerative agriculture that can bring economic prosperity to rural Africa and help diversify our global diets.” In the face of the growing disruption of climate change, especially in the Sahel region of West Africa, a fast-growing, drought-resistant crop like fonio assumes heightened importance.

Beyond the societal and environmental aspects, Yolélé’s mission is deeply personal for Pierre. “Sharing culture through food has always been my driving passion, and Yolélé was created in that spirit. In truth, I love every step of seeing what was first an idea and a dream become a reality.”

And his final aspiration and determination? “I can change the world!”

Newly arrived in the U.S., thanks to Pierre Thiam and Yolélé Foods, fonio is an ancient grain that has been a staple in West African diets for thousands of years. Today’s consumers can enjoy this gluten-free treat in a variety of healthy flavors, including Moringa & Spinach; Tomato & Bell Pepper; and Onion, Lime & Chili.

The Seed of the Universe originally appeared on BetterNutrition.com 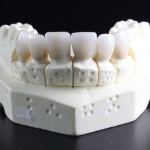 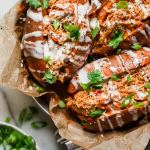