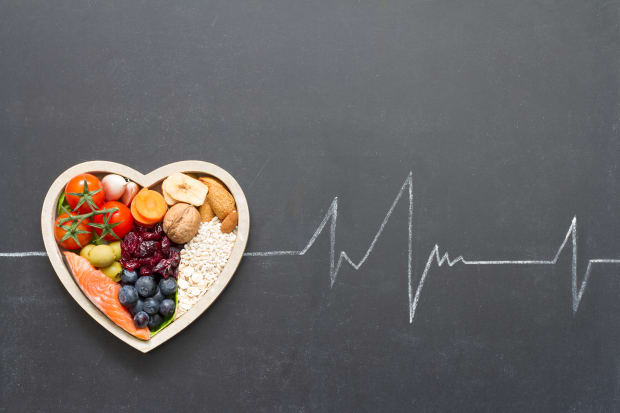 Nearly one in four people who have a heart attack go on to have a second one, but the right foods can significantly improve the odds of a long and healthy life. More than 20 years ago, the Lyon Diet Heart Study broke new ground by testing the effects of two diets in a group of 605 men and women who had suffered a heart attack. During a period of nearly four years, it found that compared to the usual recommended low-fat diet, a Mediterranean diet reduced second heart attacks, strokes, hospitalizations, and deaths by 73 percent.

This study was unique in that it looked at people after a heart attack. Many other studies have found that the Mediterranean diet is effective in preventing heart disease.

With nearly a thousand patients in his practice, Steven Masley, MD, has found that a modified version of the Mediterranean diet—incorporating additional research on food and heart function—has restored circulation, blocked further growth of plaque, and even reversed heart disease.

“The ideal diet is a combo of Mediterranean and low-glycemic load—cut out the bread and the rice and the pasta and the sugar to get a full benefit from the Mediterranean diet,” says Masley. “Glycemic” refers to how much different foods raise blood sugar—starchy and sugary foods that produce a bigger rise are high-glycemic.

“Cholesterol is really not the number one cause for heart attack, stroke, and cardiac death,” says Masley. “Blood sugar levels are the strongest predictors.”

What Is the Mediterranean Diet, Really?

Though highly touted by proponents of healthful eating, the Mediterranean diet is widely misunderstood as being based on platefuls of pasta. Having spent much time in Mediterranean regions and even working as a chef in France, Masley is quick to point out that pasta and other grains play a very small role in the traditional diets of the region.

Where we might eat a big plateful of pasta, a true Mediterranean serving would be one-fourth to one-sixth the amount, eaten on a small plate before a main dish of vegetables and protein. Pizza would be one thin-crust slice with a little cheese and sauce, eaten once or twice a month as an appetizer.

In addition, Mediterranean natives burn more carb-rich foods because they traditionally walk much more than we do. If you don’t get at least 7 hours of physical activity per week—formal exercise and/or work-related movement—Masley recommends limiting starchy carbs.

The key ingredients that deliver benefits in the Mediterranean diet, he says, are plenty of vegetables, including leafy greens and a rainbow of brightly colored veggies; beans for protein and fiber; fish and seafood for healthy fat and protein; some poultry for protein; olive oil; nuts; and a variety of herbs.

Mediterranean folk traditionally take breaks from whatever they do all day to enjoy meals with others, savoring flavors and conversation. Even a simple, everyday meal is cause to pause whatever else is going on in life. Plus, they don’t snack. They don’t eat while working or doing other things. They often go for walks before or after dinner. And they enjoy their food rather than eating mindlessly.

This view of food, along with fresh ingredients, lays the foundation for the benefits of the Mediterranean diet.

While Masley doesn’t insist on giving up red meat completely, he recommends eating it only a few times per month, even if it’s grassfed or organic. The reason is a metabolite called TMAO (trimethylamine-N-oxide.)

When we eat red meat, bacteria in our guts produce TMAO, which is now being recognized as a harmful substance. Researchers who analyzed clinical trials with more than 10,000 people found that among people who have heart disease, elevated levels of TMAO from consistently eating red meat increased risk for heart attacks by 62 percent. Occasionally eating meat doesn’t pose the same risks, but processed meats, such as sliced cold cuts, are not recommended at all.

Following this type of Mediterranean diet reduces plaque and enhances circulation to the heart. “If you can change circulation,” says Masley, “you can really rejuvenate people and give them their lives back.”

The Mediterranean diet consists of fresh food, locally grown and in-season as much as possible, prepared from scratch. Here are some of Masley’s basic recommendations:

An omelet with vegetables or steel cut oats with some fruit.

A salad with extra virgin olive oil and vinegar, vegetable soup, or grilled or steamed vegetables with a protein such as seafood, chicken, or beans.

A different protein than lunch and double the amount of vegetables you might normally eat. Experiment with different recipes such as the Ratatouille with Cannellini Beans.

One piece of fruit and perhaps a piece (about 1 ounce) of dark chocolate with 70 percent cacao.

Click here for the Ratatouille with Cannellini Beans recipe.

As you age, your natural enzyme production decreases. Enzymes play a key role in digestion, circulation, and fibrin control. When enzymes are spread too thin, many functions do not work at optimal levels, increasing the risk of poor circulation, joint problems, and a buildup of fibrin in the blood. Signs of this include fatigue, discomfort, and delayed healing after exercise. Enzymes, including proteolytic, systemic, and fibrinolytic enzymes, can help support heart health and circulation, and ease inflammation.

One product we like is Neprinol from Arthur Andrew Medical. It’s a proprietary combination of serrapeptase, nattokinase, protease, lipase, bromelain, papain, rutin, amla, and other proteolytic enzymes that are specially formulated to support healthy fibrin levels. Neprinol has been used to support immune and circulatory health, as well as maintain a healthy inflammatory response to everyday activity. —BN editors

How to Eat After a Heart Attack originally appeared on BetterNutrition.com 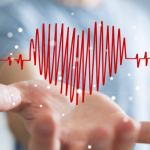 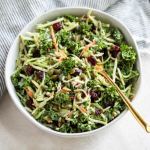