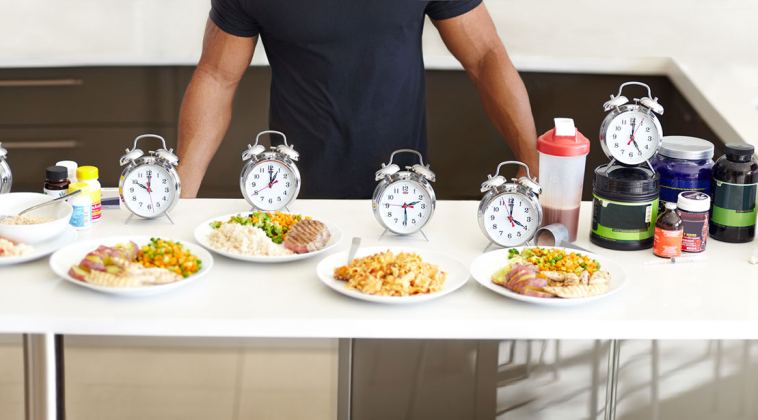 As science continues to investigate the role that fasting plays on healing our bodies and balancing our bodyweight, it seems ever more likely that putting a timed restriction on our calorie intake has the potential to lower blood pressure and protect us against the aging process. But, with so many online “authorities” touting differing eating windows and methods of fasting, how long should we really aim to be fasting for, and when is the best time of the day to eat? Plus, is it safe to fast as we get older? We talked to Steve Hendricks, author of “The Oldest Cure in the World: Adventures in the Art and Science of Fasting” to get his take.

Steve Hendricks has studied fasting from both an academic and personal standpoint, even taking up residence in various fasting clinics to gain a rounded perspective. “I’m 52 and I first became curious about fasting in my 30s,” he says. “Like a lot of people, I started putting on weight in my 20s and I was interested in ways to get it off. Fasting isn’t a magic bullet for weight loss but it can be a useful tool. Before finding fasting, I had experimented with simple caloric restriction, which just means eating less each day, but CR is notoriously hard to pull off because of the constant gnaw of hunger.

“Fasting, I was delighted to discover, as so many people have, is far more doable than CR because fasting actually suppresses hunger. Better still, fasting unleashes many of the same healing mechanisms as CR. Our body is repairing cellular damage all the time, damage that can eventually become disease, but usually these repairs occur only at a very low rate because the body is so busy with other things like processing the nutrients from our meals. But when we give the body a break from processing nutrients, it uses the downtime to step up the repairs, helping to prevent disease and giving us an added opportunity to live longer. It’s a marvellous mechanism, honed by at least a billion years of evolution, and we now have some good science to guide us in how to use it.”

How long should we be fasting for?

Studies have shown that even extended fasts of four to 21 days are beneficial, providing cardio vascular protective benefits, fat loss, and emotional well-being. “Most fasting doctors recommend adults do a kind of maintenance fast of 1 or more weeks, once a year, under competent medical supervision,” says Hendricks, who believes that daily intermittent fasting should always include timed calorie restriction for at least 12 hours, in order to receive the benefits. “Not coincidentally, 12 hours is around the point where people tend to start reporting that they are feeling better and have more energy than they did when eating across the whole day,” he says. “With each hour that you shave off this 12-hour window, the gains to health could increase markedly. Scientists aren’t precisely sure of the ideal eating window, but most seem to think it lies at around 6 hours. Narrowing the window below 6 hours may not be helpful though. If you eat in, say, a 4-hour window, some scientists fear the drawbacks of cramming a whole day’s worth of food into your gut in so little time might outweigh the benefits of a longer fasting period.”

Is there an optimal time to eat?

“It’s much healthier to organize your eating window earlier in the day,” says Hendricks. “Our circadian rhythms have hardwired us to digest food and process nutrients most efficiently in the morning and early afternoon. Evidently, the longer the day goes on, the worse our bodies do at such tasks and there seems to be nothing we can do to change that. So, when we eat in the late afternoon, let alone evening or night, food and nutrients will linger for longer in our gut and blood vessels, where they can do damage. Eating later interrupts many of the cleaning and repair processes that our body undertakes overnight while we sleep, potentially leading to more chances of disease.

“The science on exactly when to start your eating window isn’t settled yet, but I think most scientists in the field would say it’s likely to fall about an hour or two after you wake up. For a lot of people, that would mean eating in a window of something like 8am to 2pm each day. I know it sounds crazy to eat dinner at 1.30pm. rather than 6pm. I sure didn’t look forward to doing it when I first tried it, but people who’ve made the switch, including me, report that it turns out to be a remarkably easy change to make after the first few days. If you can’t eat on that sort of schedule for whatever reason, a compromise might be to go ahead and eat dinner at the usual time but keep it light and stack most of your calories at breakfast and lunch.”

Is it safe to practice fasting at any age?

Hendricks believes that fasting is something that could be adopted from adolescence onwards, by initially eating in a 12-hour window, but there’s no reason to quit the habit as we age. “Many scientists and fasting doctors have concluded that daily fasting of up to about 18 hours every day is safe and healthy for adults of all ages,” says Hendricks. “There are so many health benefits from eating in a narrow feeding window; our body-wide levels of inflammation will drop, insulin sensitivity increases, more antioxidants are produced, and greater numbers of worn-out cellular parts are recycled. The ideal age to start is early in life so as to establish daily fasting as simply the normal way that you organise you’re eating.”

Tips to get started with Intermittent Fasting

“If fasting sounds hard, just go easy at first,” says Hendricks. “If you’re eating across 15 hours of the day now, you might find it a challenge to drop to 6 hours straight away. Fasting doctors and researchers recommend just knocking an hour off your eating window for a week or so, and once you’re comfortable with that, knock off another hour, then eventually another hour. If you can get down to 6 or 7 hours, great. If that’s too hard for whatever reason, congratulate yourself on eating in whatever narrow a window you can achieve. Any window of 12 or fewer hours will bring you some gains in health.

“Also, don’t let perfectionism get in your way. If you want to go out with friends for a late dinner once a while, it won’t derail you too much, although you’ll probably notice that you feel a little more sluggish the next morning. Similarly, if you did a hard workout in the middle of the day and you realize later that you didn’t eat enough during your eating window, go ahead and eat a little more so you’re not famished all evening and that your muscles have the building blocks to recover with.”

The Oldest Cure in the World: Adventures in the Art and Science of Fasting by Steve Hendricks is out now.

When and How Long Should You Fast For (and Does Age Matter)? originally appeared on MuscleandFitness.com 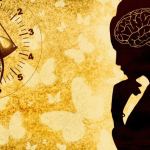 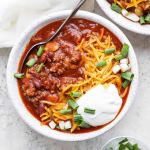