This year’s been a strange one for sure — Australia almost burned down, a global pandemic forced gyms to close and everyone to stay inside, we all got hooked on a tiger documentary, and murder hornets are officially a thing.

And if all that wasn’t enough, we here at Muscle & Fitness are now writing about Action Bronson of all people. Why?

Bronson, real name Ariyan Arslani, has dedicated himself to a life of fitness during quarantine and over the last three months has lost 65 pounds — and he’s just getting started.

Here’s a quick clip of the rapper getting a quick workout session in.

I WAS ON A PATH THAT LEADS STRAIGHT TO THE GRAVEYARD. EATING FOR SPORT TOOK ITS TOLL BUT ITS MY FAULT AND ITS ON ME TO FIX ME. I OWE IT TO MYSELF AND MY FAMILY. I REACHED 363 POUNDS AND I WAS SHOCKED AND SCARED. I BUSTED MY ASS FOR THE PAST 3 MONTHS AND IM DOWN TO 298. THEN A GOOD FRIEND GOT ME TO THE RIGHT SPOT NOW IM TRAINING HARD. THIS IS WEEK ONE. #fuckthatsdelicious

As the Queens, NY native noted in his post, he was on a path that only has one end — the graveyard. “Eating for sport took its toll but it’s my fault and it’s on me to fix me,” he wrote in all caps.

Besides being the host of the food travel show F**K That’s Delicious, Bronson was a gourmet chef in New York City before becoming a rapper full-time in 2010. His love of food never left him and he even incorporates culinary inspirations into his tunes. (“Fire kissing the roasted salmon on the cedar plank” is one of the lines in his 2009 freestyle, “The Come Up.”)

Bronson’s traveled the world to taste some of the best food and spirits there are, which is how he got to 363 pounds.

In a May interview with TMZ, he said he lost the weight by cooking healthier meals, drinking juices and working out a lot.

“I run, I do my push-ups, I do a lot of cardio work,” he told the gossip site. “I juice a lot, drink green juice two times a day.”

He’s still looking to lose another 50-60 pounds. So Bronson, if you’re reading this, be sure to look through our site for more nutrition and workout advice. 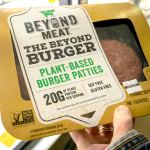 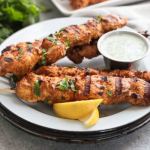