When Travis LaBazzo organized a protest in support of reopening gyms that had been closed in the wake of the coronavirus pandemic in early May, he had no idea just how much attention it would end up getting.

The demonstration outside of the Clearwater, FL courthouse landed the Amped Fitness owner and the rest of the protesters in the national spotlight thanks to coverage from a news helicopter. While many fitness enthusiasts passionately supported LaBazzo’s efforts, footage of them doing pushups and squats while holding signs went viral, with many on social media saying that their protest only succeeded in proving that you can work out without a gym.

But LaBazzo’s intended message was lost as that video spread, according to the man himself.

Footage of the protest going viral on a national level is arguably what set off the response of disbelief from many people in places where the pandemic was, and still is, a nerve-wracking situation, and he gets where they’re coming from.

“No one should discount how badly the virus hit the areas that were more affected than ours,” LaBazzo said. “I definitely understand that if it’s anything like that in other parts of the country, of course those people are going to be like, ‘What are you thinking?’”

LaBazzo’s gyms complied with executive orders through and through, but in his area, things seemed far less dire than in many other parts of the U.S. Confusion with changing state recommendations and closures are what led LaBazzo and the rest of the protesters to demand clarity rather than reopening without the state giving the OK to do so. In Florida, gyms have since opened, but every state is different, and it’s important to listen to the guidelines each state is implementing.

We spoke with the gym owner to get his take on the situation and why his message seemed lost on many who saw the footage of his protest.

M&F: What was the situation when you decided to protest?
Travis LaBazzo: When they shut us down, that was okay. I knew that was coming, and when I got the phone call to do so, we shut down—packed up, complied, and everybody went home. In the meantime, no one was receiving unemployment in the time we were closed.

When [Florida Governor Ron] DeSantis was talking about reopening with Phase One, I thought he was definitely going to make moves based on statistics. He said he’s going with facts and data that supports his decisions, and we already had the task force recommendations in hand and it allowed us to be back open at 50% occupancy, which was great.

When he seemed to sit back and watch a few states to see what they’d do first instead of going with statistics and data, that’s where I had a problem, because the task force had already given it the green light. I thought DeSantis had done a great job, and it was the one thing that I didn’t agree with, so I wanted to try to get on his radar.

And despite the idea people got from the pushups and squats, it wasn’t just about being able to work out?
It wasn’t about needing a gym to work out, but about getting back to work. It’s like, our landlord’s not getting paid. Over 100,000 employees are on unemployment—which none of them are receiving. It was about that. I had my own employees saying, “I can’t sleep at night, are you? Because I don’t know how I’m going to pay my bills or my kids need groceries.”

In all the coverage, I was like, man, no one said we needed the gym to work out. We said we need our gym opened to provide for our families. It was a lesson learned, because I’d never been in the spotlight like that before. We were fighting to go back to work, not because we’re just selfish and want a gym for vanity. I had nothing to do with that. I want my people to make money to build and to support themselves

Why do you think the message got lost?
When the helicopter showed up and was circling watching us just do the same thing, I told everyone to drop down and do pushups, since we’re a fitness group…I guess making as much fun out of a crappy situation as we can. But that’s when it took off. You’ve got my employees down there literally with signs that say, “Let us work.” And people are immediately seeing us do pushups outside the courthouse.

It’s the one thing that went viral because we all did pushups, then the message completely got lost in translation for the nation. However, for the state, it didn’t—they got it right, and that was all we wanted.

Do you think the video going viral nationally affected the way people reacted?
Yeah, I happened to be an area where we were definitely not overwhelming the healthcare system, but I get that there’s other parts of the country that are still completely swamped. I tried to get the message across that we had to stick to the facts of Pinellas County, FL, but it must not have been clear enough.

We obeyed everything we were asked to do as the situation changed, no problem. All we fought for was being able to stick to what the task force had asked for. If the task force had said it wasn’t safe, I would have stood down. But I had a governor that was talking about making decisions based on the data and it felt personal instead, not based on facts. And that was the message.

What measures are your gyms taking to keep patrons safe now?
We’re doing the best we can to be responsible with it. We’re not just like, “Yeah, now we’re open and we’ll just do what we want.” I take it very, very seriously, and we’re trying to keep people as safe as possible and listening to criticism. If someone doesn’t feel safe, we meet it with, “We want to fix this.”

Right now, we have every other piece of cardio equipment taped off. I have X’s where equipment is and should stay. We have written procedures for if we get too busy at night and how to handle it and make sure that people are being spaced apart. We did our due diligence. We weren’t just trying to open up just for the sake of opening up without a plan. We definitely had a plan we wanted to execute as safely as possible. We take this just as seriously as anybody.

How a Florida Gym Owner’s Message Got Lost in Translation originally appeared on MuscleandFitness.com 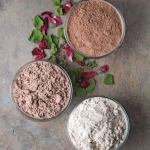 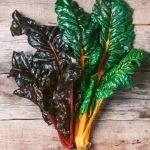