Saffron is one of the oldest botanical products of all time, and currently the most expensive in the world by weight. Now primarily employed as a gourmet spice, it has a varied and illustrious history with multiple uses and roles—50,000-year-old prehistoric depictions in Iran contain saffron-based pigments; ancient Persians wove saffron threads into their fabrics and offered them to their divinities; Phoenicians used saffron as a treatment for melancholy; and Alexander the Great used saffron infusions in his bath to heal battle wounds.

Fast forward to the present day. A dedicated group of former U.S. Army engineers are determined to use saffron to help heal the battle wounds of an entire country—Afghanistan. The climate there is perfect for the cultivation of saffron, but conflict and strife have made producing and marketing it nearly impossible.

A Warehouse Full of Saffron

Enter Kimberly Jung and her compatriots. As Army engineers in Afghanistan, they had established relationships on the ground. So when a fellow vet told Jung, who had left the Army to attend Harvard Business School, about a farmer with a warehouse full of saffron and no way to sell it, she sensed an opportunity. “I thought to myself, I’m here at Harvard learning how to create value; what better way to do that than by connecting Afghan farmers to the market and helping them to grow their business while creating my own?” So where Jung had once searched for roadside bombs, she began to seek out local farmers.

The company started small. In fact, Jung carried her first shipment of saffron by hand back to Boston, and drove around selling it to gourmet shops and farmers markets. But the idea caught on, and now Rumi Spice is a thriving B-Corp certified company, an “ethical luxury brand” found in natural groceries and high-end restaurants across the country. Rumi Spice has also expanded beyond saffron to offer other ethically sourced and socially responsible Afghan spices, including wild black cumin and unique spice blends.

Peace Is the Purpose

Despite the company’s success, its mission remains the same: to cultivate peace in Afghanistan by building demand for Afghan agricultural products and creating a global supply chain. And by giving farmers a viable and lucrative alternative to growing opium poppies, these Army vets hope to lessen the influence of the Taliban’s grip on local communities.

It hasn’t been an easy road, but these vets and the people who toil alongside them aren’t easily discouraged. “Mission and purpose are at the core of everything we do,” says Jung. “Economically empowering Afghan farmers, inspiring Afghan women through direct wages, and building out Afghanistan’s agricultural infrastructure.

“Rumi Spice strives to portray the huge value of Afghan spices, culture, and people. Afghanistan has a lot to offer the world. It’s not just a place of war, terrorism, and opium. What we’re doing is changing the world—and we’re proud of it!”

From Army Vet to Spice Queen originally appeared on BetterNutrition.com 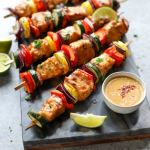